You Have a Massively Transformative Purpose 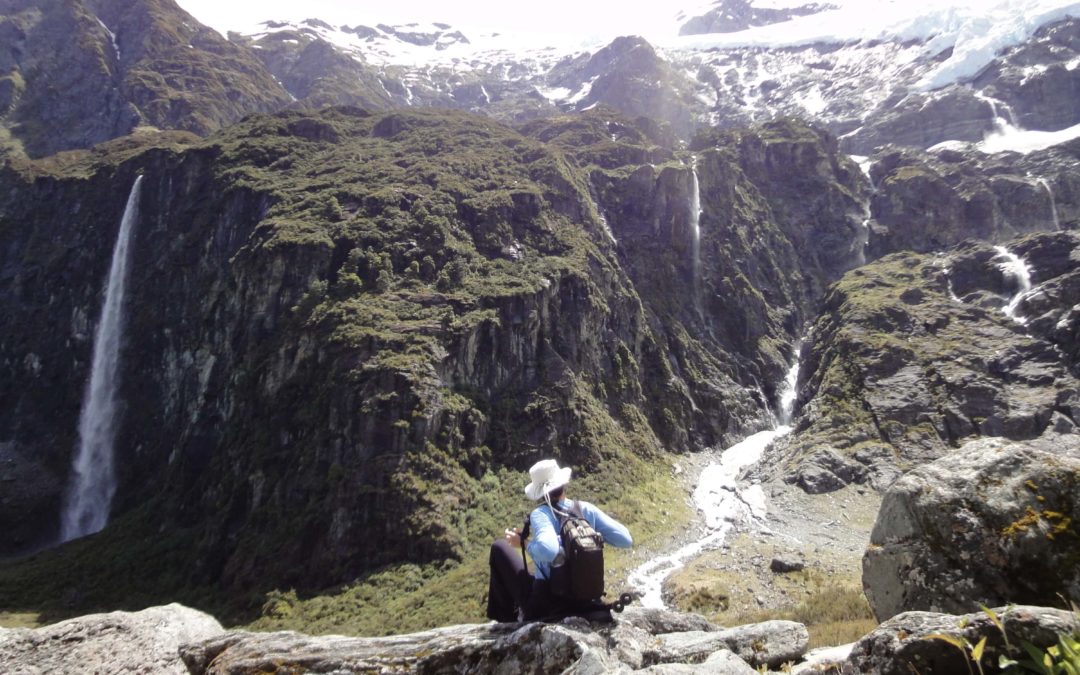 Too many people wake up every morning barely able to muster the energy to climb out of bed.

For them, life has lost its luster. That new car smell is gone. It’s another day at the office, surrounded by the same weekend warriors with nothing better to do than brag about their kid scoring a goal, a touchdown or a homerun.

They look in the mirror as they prepare to meet the day and ask “Is this REALLY all there is?”

I’ve asked myself that question many times. Eight years ago I finally decided that I had had enough. That conversation between the mirror and I would never happen again.

I exited my comfort zone in spectacular fashion. I sold my business to my partner, packed up a few suitcases and hit the road. From decision to exit the process was just a few weeks. When you’re done, you’re done.

The first stop was South America where my wife and I spent a few years speaking bad Spanish and enjoying a vibrant expat scene in Punta Del Este, Uruguay and Santiago, Chile. Those were a fun few years, and I still have the liver damage and (thankfully) friends to prove it!

From there it was a whirlwind of Australasia, North America, Asia, the Pacific and finally New Zealand.

That process of self-re-discovery took the better part of 5 years. In that time I met a lot of great people that helped reshape my world view and reinforce what’s important.

Out there in the world on our own, with no reliable source of income, a poor grasp of the local languages (in most places) and nothing to fall back on but our own ingenuity and creativity, my wife and I reengineered our lives.

I started a new business with a guy from the other side of the planet. It’s a business that most of you reading this are familiar with, and some of you are actually involved in.

There is NO WAY that I could have conceived of what I’m doing now, running a global investment group with Members in 15 countries, when I was stuck in the rat race of work, eat, sleep… rinse and repeat.

I’m not special – well, I take that back, we are ALL special, but I’m not any more special than you are. In fact, I’m 100% certain that a lot of you are incredibly successful, intelligent and thoughtful people, capable of doing spectacular things and with far more talent than I possess.

The problem is that some of you don’t believe that, and as a result you won’t take risks, put yourself out there and challenge yourself to break free of the ordinary. That’s a pity.

My friend and colleague Paul Rosenberg and I shared a conversation the other day. I recorded it and will publish it next week. Paul talks a lot about the human condition and how to free ourselves from a mindset of servitude and complacency.

His recent writings in the excellent Freeman’s Weekly have really made me think about what’s happening in our world. The disgust and frustration is palpable in the West. In America in particular, the people I speak with, friends of 30+ years, family and business colleagues are absolutely disgusted with the political circus.

According to Paul – and I agree with him – the answer is to do anything but be complicit in the fraud. Opt out of the Matrix. Refuse to play their game. Ignore it. Turn off the TV, don’t participate in the circus.

The messages delivered to an unwitting populace, by a control-driven ruling class are laden with fear and designed to keep you paralyzed. You’re better than that, and your gut confirms it.

Last week I said, “Don’t Shoot the Messenger.” The facts are the world is getting better. We’re living longer, healthier lives. Murder rates are declining, prosperity is increasing, literacy is climbing, infant mortality is declining…and the list goes on.

You need to pay attention to the facts and ignore the noise. Forget about Brexit. Forget about Trump or Hillary, the Zika virus, terrorist attacks and comet strikes.

Do you want to be miserable and depressed, or successful and happy?

A few years ago I started continuously repeating the phrase: “Happy, Healthy, Wise and Wealthy.” That’s how I order my priorities. It’s allowed me to continue to move forward and strive to be just a little better each day.

Within Obris I’m working continuously to find, support and participate in opportunities that are transformative. I want to leave the world better than I found it. I don’t believe that this planet is just a dust ball that we accidentally or spontaneously appeared on. That belief is naive and is as much a fantasy as a grey bearded man on a throne ruling over the heavens.

We’re here for a reason…each and every one of us. Greatness is built into our DNA. We have the ability to literally do and become anything we can imagine.

Recall the fantasy and sci-fi shows you watched as a child. – the early Star Trek for example – most of the technology they introduced we have today. The iPhone is far superior to the “communicators” Captain Kirk used to call the Enterprise. The tri-corder that Bones used to diagnose illness is already in prototype (thank you, X Prize). Even a warp drive is in the realm of possibility!

This is a fantastic time to be alive. It’s believed that children born today could live multi-hundred year lifespans, and eventually download their consciousness into new bodies, thereby theoretically living forever! That’s not a joke, and it’s no longer inconceivable.

What this all means is that we have an opportunity to create incredible lives for ourselves if we will just let go of fear. Refuse to play by rules established by a political class that certainly could care less about the individual, and views us only as consumers and robots.

My challenge to you is to step away from the fear for just a few days. Spend this weekend actively seeking out positive ways to participate in life. Disconnect the TV. Leave the iPhone in your drawer. Screw Facebook! Talk to your spouse and your kids instead of Twitter. Swap the “fantasy” sports league for a bit of real activity. Try to find something each day to be thankful for and think about how you can contribute positively to change.

I guarantee your life will change!

“Until one is committed, there is hesitancy, the chance to draw back– Concerning all acts of initiative (and creation), there is one elementary truth that ignorance of which kills countless ideas and splendid plans: that the moment one definitely commits oneself, then Providence moves too. All sorts of things occur to help one that would never otherwise have occurred. A whole stream of events issues from the decision, raising in one’s favor all manner of unforeseen incidents and meetings and material assistance, which no man could have dreamed would have come his way. Whatever you can do, or dream you can do, begin it. Boldness has genius, power, and magic in it. Begin it now.” – Often credited to Goethe, but in fact is a compilation from several writers, including John Anster’s interpretation of Faust.